Actors on Acting – Face to Face

Since 2014, the trade publication Variety has produced a series of television specials appearing on PBS SoCal called Variety Studio: Actors on Actors. Each program has actors talking to actors about their work and experiences with no moderator or audience, just the actors. The 11th and current season, which I stumbled across recently while searching for more roundtable discussions, has a pair of actors conversing in each episode of 30 to 50 minutes. I haven’t watched all of them in their entirety yet, but based on what I have seen, they’re excellent. I find it fascinating to hear these conversations, which feel unrehearsed and spontaneous. Of course, they are actors, but I want to believe.

Here are ten conversations. Each actor has had at least one feature film released in 2019. Many of the actors and/or the films have already received awards, and have been nominated in various categories in the upcoming Academy Awards presentation. These films are either still playing in theaters or available for streaming. And away we go!

Each film listed was released in 2019.

Brad Pitt (Ad Astra, Once Upon a Time…in Hollywood)

Eddie Murphy (Dolomite Is My Name)

Robert Pattinson (The King, The Lighthouse)

Tom Hanks (Toy Story 4, A Beautiful Day in the Neighborhood)

Okay, I think that’s enough for now. See you next time. — Ted Hicks 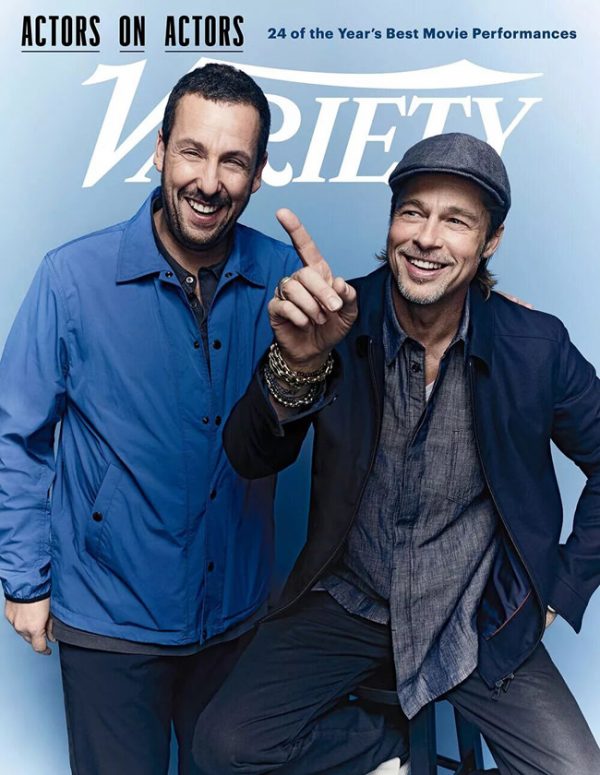 5 Responses to Actors on Acting – Face to Face