Les Blank’s A Poem Is a Naked Person is a very strange animal, a film that resists easy classification. I’ve seen it three times so far at press screenings, so I guess you could say I’ve been hooked. Ostensibly, it’s a documentary filmed between 1972 and 1974 about musician Leon Russell in concert and in the studio. But it’s more expansive than that would suggest. The first time I saw A Poem Is a Naked Person, I loved the concert and studio scenes with Russell, Willie Nelson, George Jones, Charlie McCoy and others, but was thrown by material that seemed to have little or nothing to do with the film I thought I came to see. For me, it was great music sequences interrupted by bizarre local-color sequences with eccentric characters, such as a man on the ground at a parachuting competition who downs a glass of beer and then proceeds to break off pieces of the glass with his teeth and chew them up, or a small chicken that gets tossed in with a boa constrictor with predictable results. These are fascinating scenes, but I thought they should probably be in a film of their own. 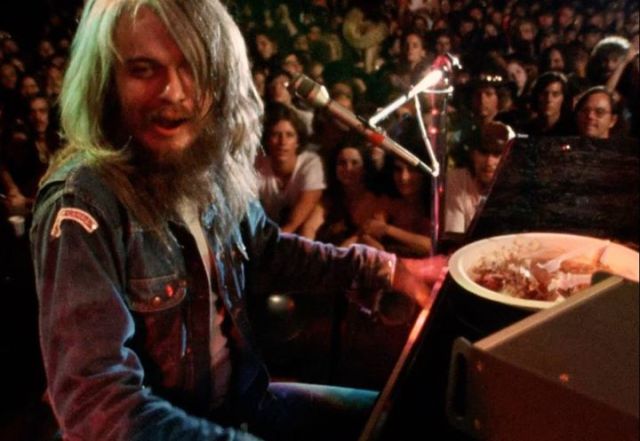 But even with those reservations, there was much to hold my attention during this first viewing. To begin with, Leon Russell is a mesmerizing presence. During an early performance scene, with the camera in position on the stage behind the piano, Russell enters carrying a plate of food in one hand and sets it on the piano, then sits down and eats a forkful before he starts to play. It’s a great detail that says a lot about the time and place, and how relaxed he was. Another great scene has Russell singing Hank Williams’ “I’m So Lonesome I Could Cry” on the soundtrack under a shot of the moon being slowly obscured by passing clouds. This is one of the most beautiful songs of longing ever written, and the juxtaposition of Russell’s performance with the image just about killed me.

So there was plenty to engage me the first time, even the oddball stuff. It stayed with me, and I jumped at the opportunity to attend another screening to see how the film played a second time. And guess what? I loved it — all of it — and even saw it a third time a couple of weeks later. Something keeps pulling me back.

The film was shot by Les Blank and his assistant, Maureen Gosling, at Russell’s studio on Grand Lake in Oklahoma northeast of Tulsa, and in concert in New Orleans and Anaheim, California. Per the film’s press notes, Blank and Gosling were constantly “on the lookout for curious things in the area that might add weird but appropriate texture to the movie.” As Daniel Egan wrote in a Film Comment article, “…Blank uses Russell’s music as a gateway into a striking and largely vanished world of floating motels, goose grabs, and tractor pulls.” Blank has ethnographic concerns as a filmmaker, and A Poem Is a Naked Person is no exception. It’s populated with people who might at first glance seem like oddballs and outsiders, but Blank views them with respect and humanity. Leon Russell is not really the “star” of this film; it’s more like he’s one of many characters, all of whom have equal importance in the rich stew Les Blank has stirred up. 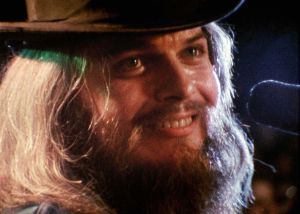 Throughout all of this, as a performer Russell  just knocked me out. His music often has a revivalist fervor, with some Jerry Lee Lewis tossed in. Blank at times intercuts scenes filmed in an African-American Pentacostal church with Russell’s concert footage. The music in the church was rocking out so much that at one point I didn’t even realize we’d cut from one setting to another until a couple seconds into it.

Gosling estimates they shot 50 to 60 hours of 16mm color film during the three-year production. The film was produced and financed mainly by Leon Russell and his partner at the time, Denny Cordell. Russell was reportedly unhappy with Blank’s initial cut of the film. Creative differences and extensive music clearance issues held up the release of A Poem Is a Naked Person for forty years. During that time, Les Blank, who had been hired to direct  by Russell and did not own the rights, was permitted to show the film at non-profit venues if he was there in person, so it developed a reputation. Blank passed away in 2013, but his son Harrod Blank, also a filmmaker, oversaw the film’s restoration and was able to obtain necessary releases for the music. A Poem Is a Naked Person finally had its public premiere at the South by Southwest festival in Austin, Texas this past March.

A Poem Is a Naked Person opens on Wednesday, July 1, for a two-week run at Film Forum here in NYC. A DVD and Blu-ray release will follow, with a release date to be announced. I definitely recommend that you see this film when you can. The following trailer gives a pretty good sense of what you’re in for. — Ted Hicks 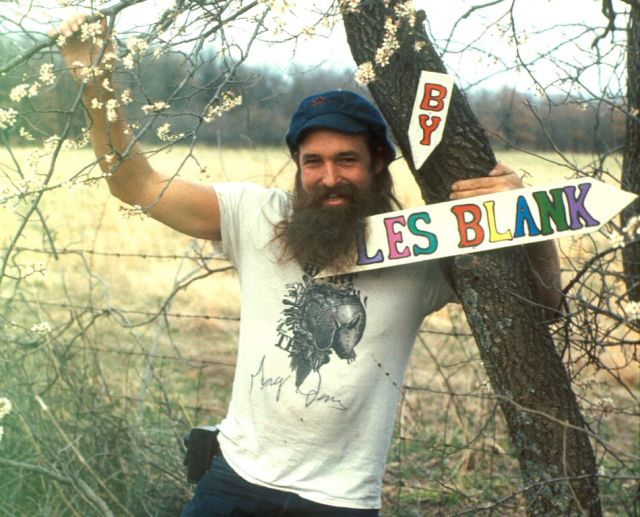