2019 was another year of exceptional films. Maybe every year is, to one degree or another, or so it seems to me. Out of the 384 feature films (including documentaries) I saw in 2019, I’ve actually come up with a top 10 list for the first time. Well, not exactly. Besides my top 10 picks, which I’ll deal with in this post, there are 31 other features that really stood out for me. I can’t leave those out, so they will be included in part 2, which will follow shortly. And now, on to the top 10. 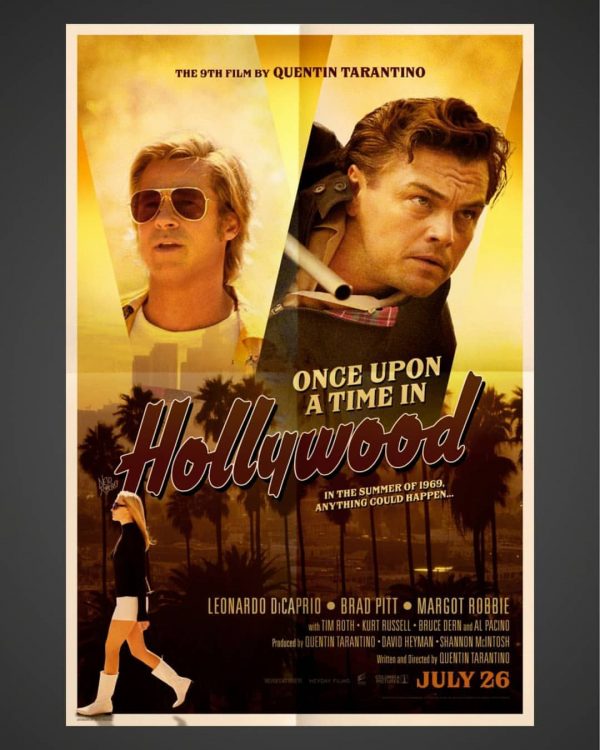 Once Upon a Time…in Hollywood (Quentin Tarantino, director & writer)  This is my favorite of the year, and the best film, I think, when all the dust has settled. I’ve seen it five times now, most recently earlier this month when it was back in theaters after its Golden Globes win. It has never let down for a minute. I wrote about it at the end of August, which can be accessed here.

The rest of my top 10 picks are in alphabetical order.

Diane (Kent Jones, director & writer)  This is the first narrative feature from Kent Jones, who was director of the New York Film Festival for many years. He made several documentaries prior to Diane, including Val Lewton: The Man in the Shadows (2007) and the excellent Hitchcock/Truffaut (2015).  Diane is extraordinary, quiet, and powerful. Its everyday rhythms, characters and situations rang true for me, having grown up in a rural community in Iowa. These people felt real. Jones shows a great deal of respect for his characters. I would love the film if only for the single-take scene of Diane (Mary Kay Place) in a bar dancing by herself in front of the jukebox. Jones just lets it run. It’s one of those privileged moments you sometimes find in a film.

The Irishman (Martin Scorsese, director)  A great film from a great director. We saw it at the New York Film Festival. I know that with a running time of 3 hours 29 minutes, it’s a long film, but it didn’t feel that way to me. I didn’t even have to take a bathroom break, which is a big deal for me. The Irishman is a kind of summation, in a way, of all the films Scorsese has made during his long career. It’s gangsters again, sure, but with less flash and stylistic flourishes than in films like Goodfellas (1990) and Casino (1995), which was disappointing to some, but not me. Scorsese has gotten older, along with his characters. Robert De Niro and Joe Pesci bring all the associations of the previous Scorsese films they were in together, and their age and experience. Al Pacino, working with Scorsese for the first time, also brings the authority of age and experience, and in the process gives one of the best performances of his career. There’s been a lot of talk about Netflix’s involvement with The Irishman, but Scorsese has said they were the only people willing to put up the money to make it, and for him, the film had to be made. Most people will probably stream The Irishman at home on their TV, though I always think the best way to see anything is on a big screen in a theater where you can’t hit pause. 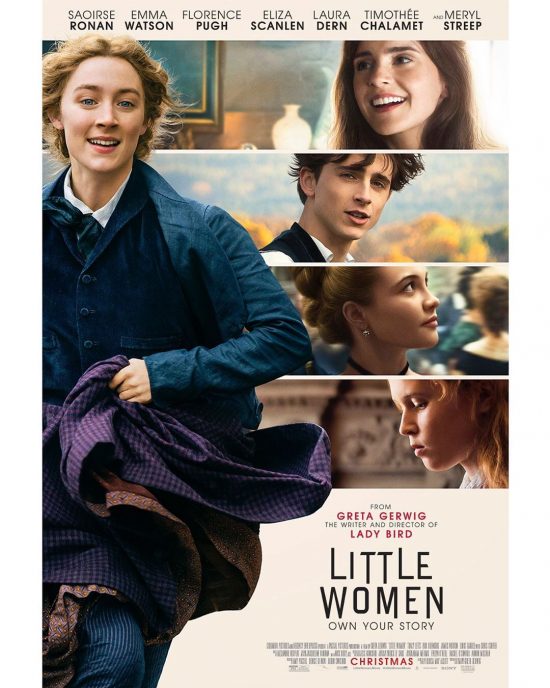 Little Women (Greta Gerwig, director & writer)  This is a wonderful film, nearly perfect from top to bottom and side to side. I’ve only seen it once, but a scene I loved takes place in a pub with everyone dancing in a swirl of color, movement, and stomping feet. I felt like I was in a whirlpool of sight and sound and music. I was swept away. Greta Gerwig is going to have a great career.

Marriage Story (Noah Baumbach, director & writer)  I’ve always had a soft spot for The Squid and the Whale (2005), but this is probably Baumbach’s best film. A study of a couple — Adam Driver and Scarlett Johansson — going through a painful divorce (is there any other kind?), Marriage Story is funny, gentle, sad, and wrenching. There are scenes, one in particular, where the actors enter an emotional space that feels almost too raw and frightening. Marriage Story was shown at the New York Film Festival, but we saw it at the Museum of Modern Art in their annual Contenders series. Noah Baumbach was there for an interview and Q&A after, which always expands my awareness of a film I’ve just seen. 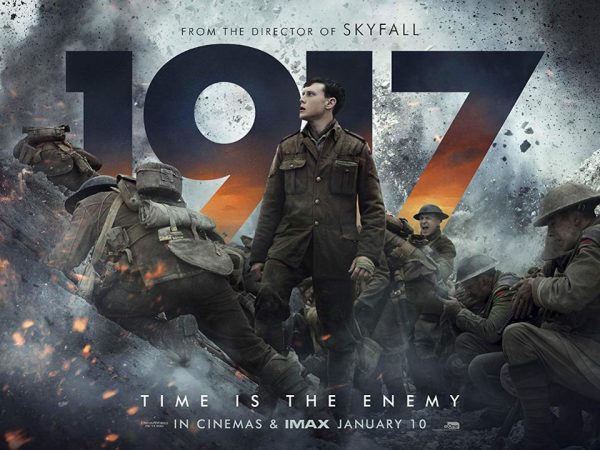 1917 (Sam Mendes, director & co-writer)  With ten Oscar nominations, a Golden Globes win, and top awards from the PGA and DGA, 1917 has a lot of momentum behind it for getting Best Picture at this year’s Academy Awards. While I don’t think it’s the “best” film of those nominated, it’s still very, very good. A lot of its interest is in the way it was edited to look as though it’s one uninterrupted take from beginning to end. I like films with very long takes that dispense with traditional shot/reverse shot editing. This technique seems more real because scenes play out in real time and feel more authentic. But a single-shot style is only a stunt if story and content aren’t there. This isn’t a problem with 1917. I was with it all the way (mostly), and after a while, was caught up in the story to the extent that I was no longer conscious of the technique. It’s an immersive experience. I plan to see it again.

Parasite (Bong Joon-ho, director & co-writer)  Bong Joon-ho is among the best of South Korean directors now working. I especially like his Memories of Murder (2003), The Host (2006), Mother (2009), and Snowpiercer (2013). He puts interesting spins on traditional genre material. With Parasite, Ho has taken it to a whole other level. It’s as well-received as any recent film I can think of. That doesn’t mean everyone is going to love it. A friend of mine absolutely doesn’t, but as a film teacher of mine once said, “Sometimes you get on the ride, and sometimes you don’t.” I was definitely on the ride. We saw it at the New York Film Festival with Bong Joon-ho and three cast members there for Q&A after. This was a great way to see it.

The following two trailers are different enough to warrant including here.

Pain and Glory (Pedro Almodóvar, director & writer)  A truly great film from a great director. Antonio Banderas, who has frequently acted in Almodóvar films, here plays a version of the director in this autobiographical study. As with his best films, it’s inventive, colorful, and surprising, much like Almodóvar himself. I remember many years ago seeing a film of his at the New York Film Festival (can’t remember which). When he was introduced prior to the screening, he came out on the stage practically turning cartwheels, bursting with energy. He’s mellowed with age. Pain and Glory is quieter, more reflective, deeply felt, and a knockout.

Portrait of a Lady on Fire (Céline Sciamma, director & writer)  I saw this during a limited run last month. As I wrote in Happy New Year + Things to Come: “It’s extraordinary, a film by women about women that feels quite different. Men are present more by their absence than anything else. It opens on February 14, which will make for a very interesting Valentine’s Day.”

This is an excellent film. I look forward to seeing it again. By the way, “Lady on Fire” is not just a metaphor.

As with the Parasite trailers, the following two are different enough that I want to include both. 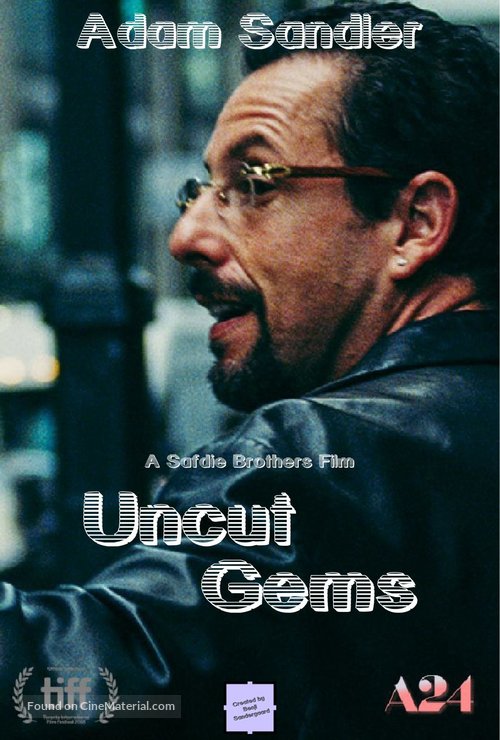 Uncut Gems (Josh Safdie & Ben Safdie, directors & co-writers)  I was so turned off by Good Times (2017), the Safdie Brothers’ previous feature with Robert Pattinson, that I didn’t even stay to the end, which is something I seldom do. I hate walking out of a movie. So when I saw the trailer for Uncut Gems, and saw it again and again before films at Lincoln Square, I knew I didn’t want to get close to this one. This is an example of what should be on my tombstone, which is “What the hell do I know?” Because when I finally did see it, I was completely converted, and not just by Adam Sandler’s take-no-prisoners performance, which is amazing, but also by the film itself. Just the way he walks hooks you in. It’s a harrowing experience as we watch this guy blow up his life over the course of a few days. The end is never really in doubt, but you start hoping, and you can’t take your eyes off of him. I think what finally got me into the theater was all the buzz about Sandler’s performance. He definitely should have gotten an Academy Award nomination for Best Actor, but who can figure these things?

Okay, that’s it for my top-10 films. Part 2 , which includes the 31 other features I couldn’t bring myself to leave out, will appear in a couple of days. It may be less predictable. Stay tuned. — Ted Hicks 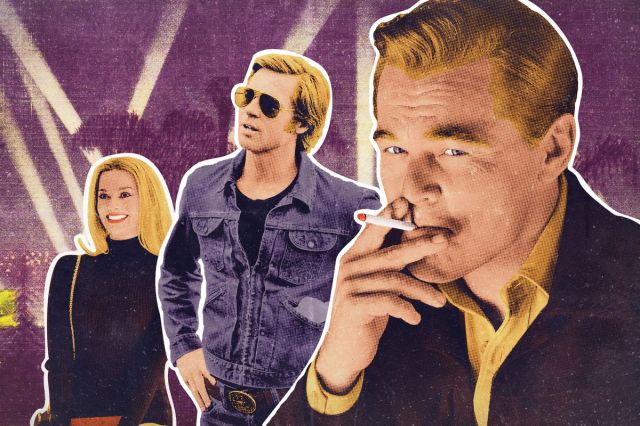 2 Responses to What I Saw Last Year: Best Feature Films 2019