Over the years, many of the film books I’ve acquired — and still have — are collections of reviews; interviews with directors, screenwriters, editors and cinematographers; studies of directors such as Stanley Kubrick and Buster Keaton; and encyclopedic listings of films (horror, westerns, film noir, etc) and information about them. For the most part, these are not scholarly studies of film theory, though I have some of those, too. But I tend to not think about films in that way.

Along the way, due to space limitations, I’ve had to sell or donate hundreds. Ideally I would have kept them all, but that’s far from possible in a one-bedroom apartment shared with a wife and two cats.

I’m sure the first “film book” I ever had was TV Movie Almanac & Ratings – 1958 & 1959, compiled by Steven H. Scheuer. I got this when I was just starting high school. I read it incessantly. As far as I know, this was the first guide of its kind, containing capsule reviews and ratings of movies, videos, and TV movies. Scheuer edited 17 editions between 1958 and 1993.

Leonard Maltin’s movie guides are better known than Scheuer’s. The first one, published under the title TV Movies, appeared in 1969. Signet Books had wanted a competitor to the Scheuer series, and hired Maltin in ’68 when he was just 17 years old. He had a successful career doing this, though in August 2014 Maltin announced that the 2015 edition would be the last, stating “An entire generation has been raised to acquire all their information online from their mobile devices or computers. These are not the likely customers for a physical paperback reference book. Our sales have sharply declined in recent years.” I no longer have the first edition, but I do have the last. TV Movies set me back $1.25, while the trade paper edition of “nearly” 16,000 entries crammed into 1,609 pages cost a modest $25.

The following film books are ones I still have in my library. I revisit many of them frequently.

I bought a copy of The Film Director as Superstar in 1970 or ’71 after getting out of the Air Force and returning to the University of Iowa. Directors interviewed include Jim McBride, Brian De Palma, Norman Mailer, Andy Warhol, John Cassavetes, Bernardo Bertolucci, Roman Polanski, Roger Corman, Francis Ford Coppola, Arthur Penn, and Stanley Kubrick. Most were early in their careers in 1970 when the book was published. It’s interesting now to go back and see what they had to say then. The shot of Cassavetes behind the camera on the cover is great, isn’t it?

I used to think Pauline Kael was the greatest thing going when it came to film criticism. I had all of her collections of reviews, starting with I Lost It at the Movies (1965), and eagerly awaited her reviews in The New Yorker magazine. But I turned a corner with her two-part essay Raising Kane (1971) which elevated Herman J. Mankiewicz’s contribution to Citizen Kane as screenwriter at the expense of Orson Welles, who she trashed in the process. There was just something about the way she did it that turned me off. While I continued to read her reviews and buy the collections, I never quite got back on board. However, there’s no denying her importance to films and film criticism. Hers was a powerful voice. She had a tremendous amount of influence on the scene.

An important book for me at the time was Kings of the Bs: Working Within the Hollywood System: An Anthology of Film History and Film Criticism, edited by Todd McCarthy and Charles Flynn. The title is quite a mouthful, but it’s a great book. Per The DGA Quarterly, Kings of the Bs is “…a landmark assessment of the independent sector of American filmmaking in the postwar decades, including still-underrated auteurs Edgar G. Ulmer, Jacques Tourneur, Don Siegel, Phil Karlson, and Joseph H. Lewis. The world of the Bs consisted of scrappy outfits such as King Brothers Productions and Samuel Z. Arkoff’s American International Pictures; poetic, studio-backed filmmakers such as Samuel Fuller and Nicholas Ray; and the delightfully rancid likes of Russ Meyer and Herschell Gordon Lewis. It is a forgotten era, as lost to us now as silent cinema, but this entrancing collection of essays and interviews brings it all vividly back to life. The end result is reorienting our sense of movie history to a time when poverty bred poetry and necessity was often the mother of invention.” 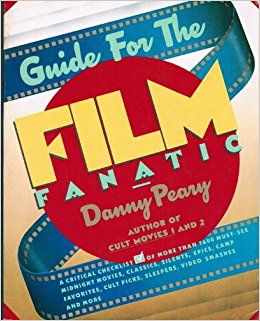 The contents of volumes 2 & 3 can be seen below. 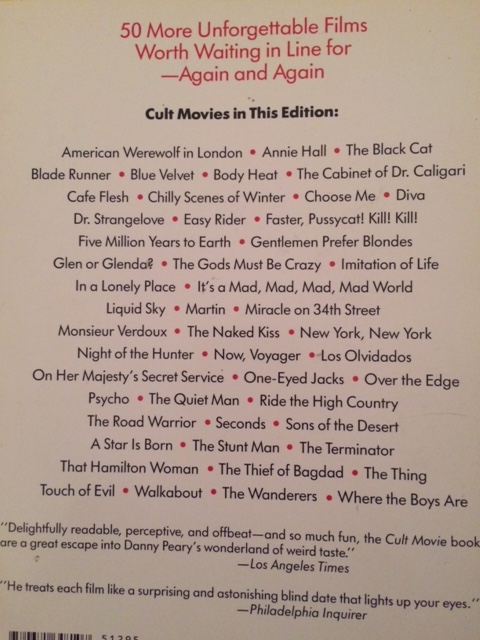 Monographs on individual films have been published for years in the excellent BFI Film Classics series. Here are a few of the titles I have. 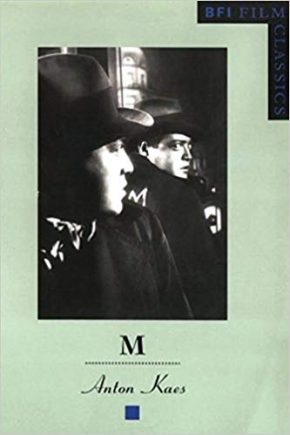 The University of Mississippi Conversations with Filmmakers series is also excellent. Each volume is a collection of interviews with a well-known director. Here is a selection of titles in my library. 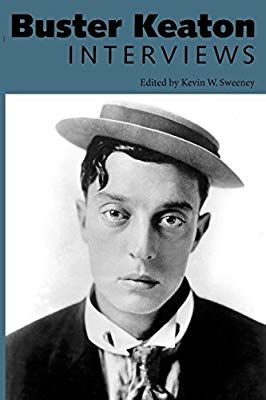 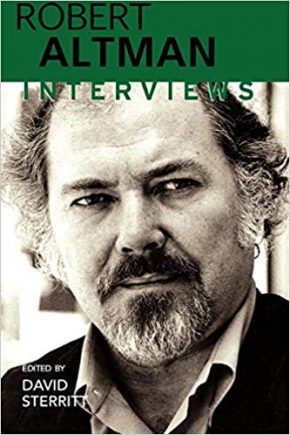 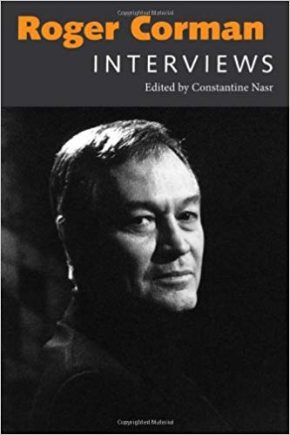 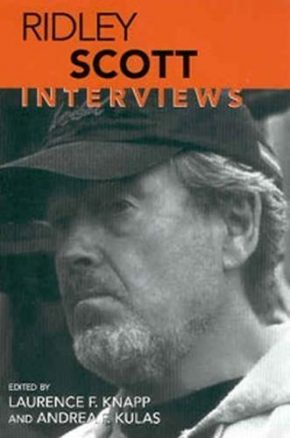 Faber & Faber in the UK also has a very good series of interviews with directors. Here are some of their titles I have.

Patrick McGilligan’s Backstory series is extremely significant, especially from an historical perspective. Edited by McGilligan, each volume is a collection of interviews with screenwriters of different periods. You really get a feel for how they thought and worked. Below is a list of the titles and partial contents.

Besides overseeing the Backstory series, Patrick McGilligan has written numerous critical biographies of filmmakers, including Robert Altman, Alfred Hitchcock, Fritz Lang, Jack Nicholson, Clint Eastwood, Nicholas Ray, and Mel Brooks, among others. I remember his Altman book as being especially good, though I no longer have it.

Since moving to New York City in 1977, I’ve purchased a number of film-related titles from the Performing Arts catalog of McFarland & Company, an independent book publisher located in North Carolina. The books I’ve gotten have a horror, science-fiction, or film noir focus. No surprise there.

Science Fiction Stars and Horror Heroes: Interviews with Actors, Directors, Producers and Writers of the 1940s through 1960s (1991) — Tom Weaver

Karloff and Lugosi: The Story of a Haunting Collaboration (1990) — Gregory William Mank 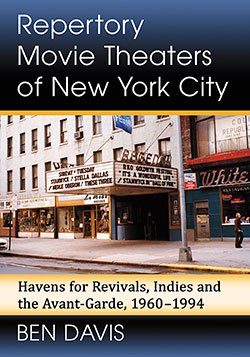 The most significant of these, in that I return to it often, is Universal Horror. It covers every horror or quasi-horror film, including Sherlock Holmes titles, released by Universal Studios from 1931 to 1946. These include the acknowledged classics, such as Dracula, The Mummy, Frankenstein, The Bride of Frankenstein, The Invisible Man, and The Wolf Man, as well as the not-so-classic. The films are frequently discussed in considerable detail, including production histories. I enjoy this book immensely. 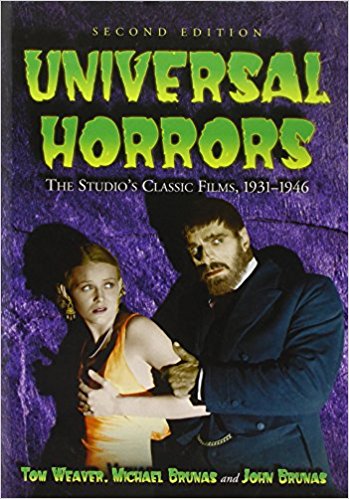 The Cinema One series, a joint publication of the British Film Institute and Sight and Sound magazine, was an excellent collection of monographs on film genres and directors. It was distributed in this country by various publishers, including Doubleday, Indiana University Press, and Viking Press. I purchased these volumes mostly in the 1970s. 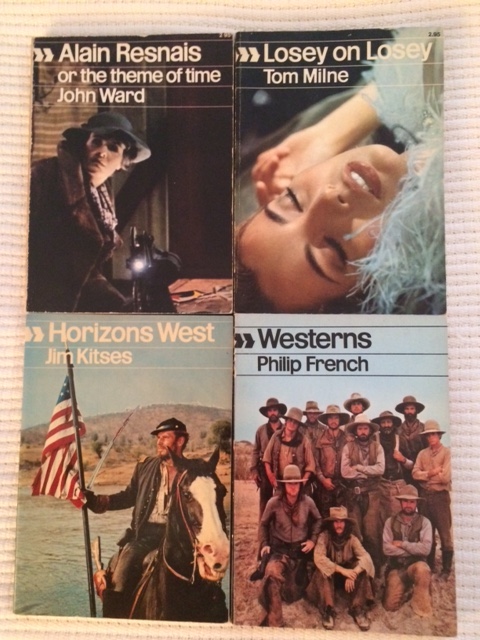 Film noir has been of prime interest to me for many years. Key books I have on the subject are the following.

Dreams and Dead Ends by Jack Shadoian, is written in very evocative, hot-wired style. The first edition (below left) came out in 1977 and the second (below right) in 2003. The second edition has revisions and additions, which is how I rationalized getting it as well. 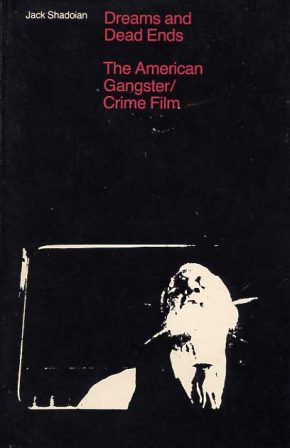 A Cinema of Loneliness by Robert Kolker (1980) is another excellent book. It has had three subsequent editions in 1988, 2000, and 2011. There have been substantial reappraisals and additions in each edition. This guy Kolker has earned his money.

The most important book I have on film noir is one I go back to again and again. Film Noir: The Encyclopedia, edited by Alain Silver, Elizabeth Ward, James Ursini, and Robert Porfiro, was originally published in 1979, with a significantly expanded edition appearing in 2010. It’s a highly detailed reference source, just terrific.

About three weeks ago, while standing in line to buy tickets for the New York Film Festival, a friend of mine showed me a small paperbound book called Film Noir: A Very Short Introduction by James Naremore, published by Oxford University Press. I’d not heard of the Very Short Introduction series. Started in 1995, there are now over 650 titles in a very wide variety of subjects. Each is a concise and compact volume written by established authors, with most under 200 pages. I ordered the Film Noir title, which is 124 pages and measures 6.7″ x 4.4″. This appeals to my appreciation of small things that are usually larger. This is not a book aimed at beginners, though it would be a good place for anyone to start. James Naremore has solid credentials, having written books on Orson Welles, Stanley Kubrick, film noir, and film acting. This little book is the latest addition to my noir shelf.

For me, the most significant publication on film to date is the Projections series, edited by John Boorman and Walter Donohue,  thirteen volumes published more or less annually from 1992 to 2004. What distinguished Projections was that it was filmmakers writing about filmmaking and other filmmakers. Examples include Sydney Pollack interviewed by John Boorman, Tony Curtis interviewed by Jamie Lee Curtis, and Brian De Palma talking with Quentin Tarantino. Most of the volumes are subtitled A Forum for Film Makers or Film-Makers on Film-Making. You really felt like you were behind the screen. I awaited each new volume with great anticipation. They are endlessly rewarding. There have been times when I’ve picked up one of them to check out one thing or another and ended up re-reading the entire issue. It also helps that John Boorman is one of my favorite directors. He’s made some great films, such as the awesome Point Blank (1967), Hell in the Pacific (1968), Deliverance (1972), and Hope and Glory (1987). 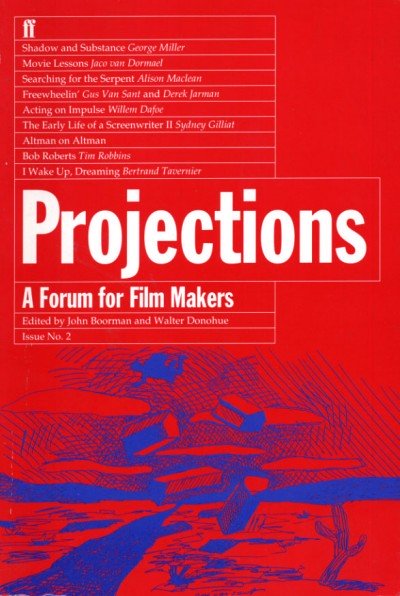 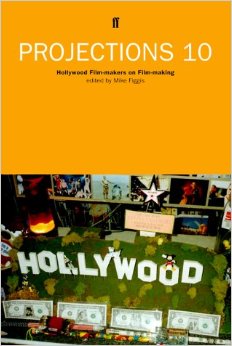 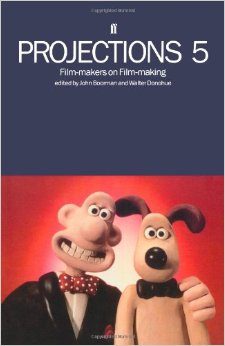 I regularly read two New York-based film magazines, Cineaste and Film Comment. Both are very good for interviews and reviews of films, home video, and books. Here are some of the issues. 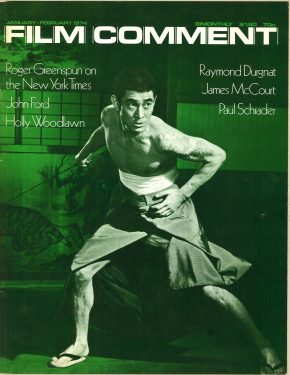 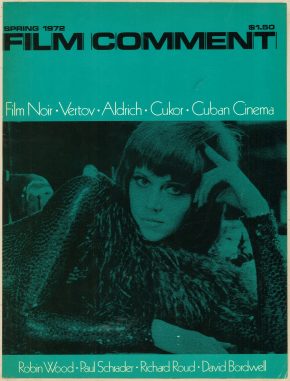 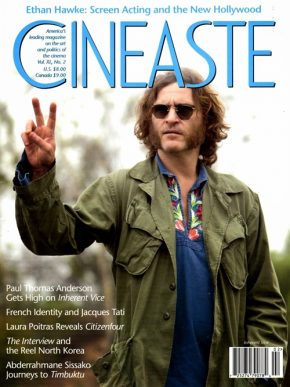 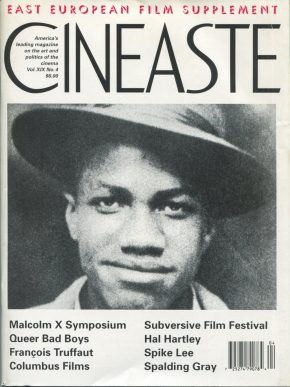 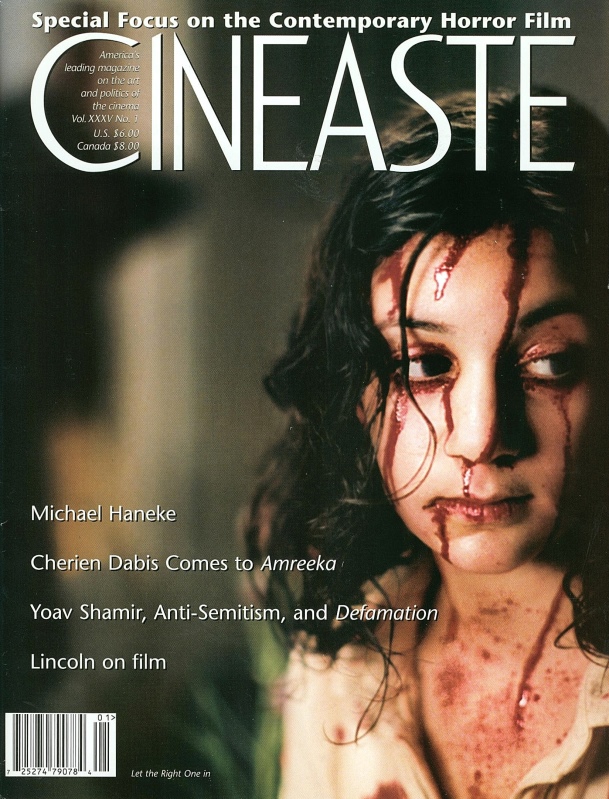 I’ll close with some other film books that I’ve found informative and entertaining over the years. 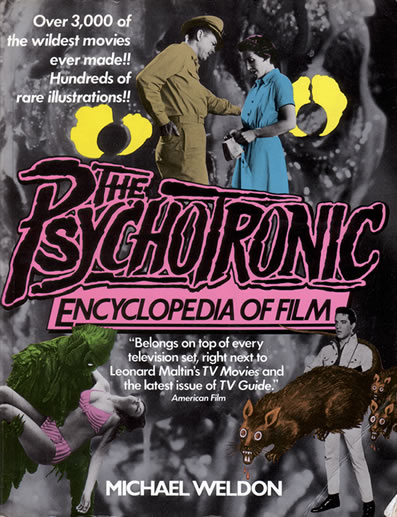 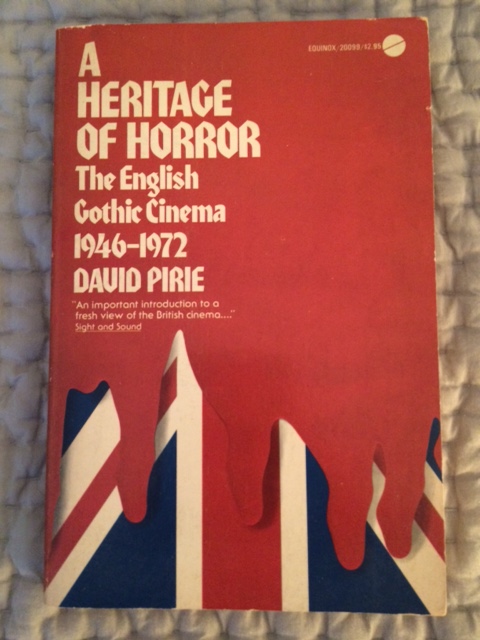 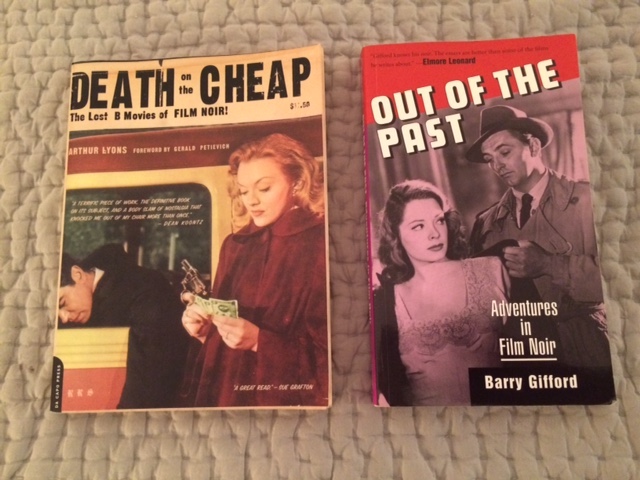 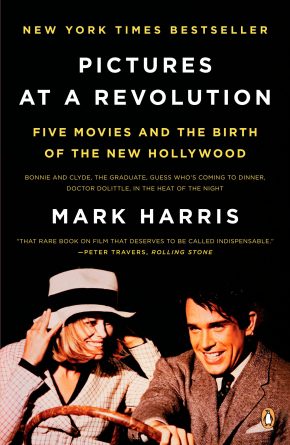 This wraps it up until next time. — Ted Hicks