The Year So Far: Documentaries

There have been so many great documentaries in recent years. It’s an incredibly flexible art form. The following fourteen are the best of what I saw from January through June of this year.

Abacas: Small Enough to Jail (Steve James, director) Abacas Federal Savings Bank, a family-owned community bank in New York City’s Chinatown, was the 2600th in size among U.S. banks, and was also the only financial institution criminally indicted in the aftermath of the 2008 financial meltdown. The ensuing court case lasted five years and cost $10 million dollars, and it’s a rare instance where the little guy wins. Steve James has had a long career, with films such as Hoop Dreams (1994), Stevie (2002), and Life Itself (2014), in which film critic Roger Ebert talks about his life with movies and the devastating illness that didn’t seem to slow him down much. James was also a producer, series editor, and segment director of the astounding multi-part The New Americans (2004). A strong sense of humanity and respect for his subjects is reflected in all of his films. Abacas: Small Enough to Jail is ample evidence of that.

City of Ghosts (Matthew Heineman, director) Follows a number of citizen journalists who exhibit unbelievable courage in transmitting accounts of life in Raqqa, a Syrian city under ISIS domination. Their lives are at risk, even for those who have left Syria for other European countries. Seeing City of Ghosts made me realize I don’t have all that much to complain about in my life.

David Lynch: The Art Life (Jon Hguyen & Rick Barnes & Olivia Neergaard-Holm, directors) I hadn’t known (or had forgotten) that David Lynch started out as a painter. Examples of his early work indicate a clear, if twisted, path to his films. The Art Life feels very intimate. We see Lynch in his home in the Hollywood Hills as he speaks in voice-over or directly to the camera about his early life as a painter and how he eventually segued into film. He’s very casual, yet quite precise. The Art Life only takes us up to Eraserhead (1977),  but it provides a context for thinking about his subsequent films and televison shows. If you have any interest in the work of David Lynch, you have to see this, especially in light of his revival of Twin Peaks on Showtime. Trust me. 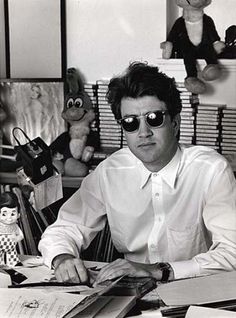 Hummus! The Movie (Oren Rosenfeld, director) A love of hummus can bring Israelis and Arabs together. Hummus is the road to peace in the Middle East. At least this film makes you think it might be. We see a number of fascinating people in different European countries who have eating establishments that feature hummus. They talk about their lives and how and why they make hummus. You will definitely get hungry seeing this film.

Karl Marx City (Petra Epperlein & Michael Tucker, directors) Petra Epperlein grew up in the former East Germany. After the Berlin Wall came down, she moved to the West and became a filmmaker. Following her father’s suicide, she returned home in an effort to unravel rumors that he had been a collaborator with the Stasi security service. This is a very personal film for Epperlein. She’s on camera much of the time, but distances herself somewhat by referring to herself as “she” rather than “I” in the voice-over narration. The subject of a surveillance society in Karl Marx City feels very timely in the current climate.

Kedi (Ceyda Torum, director) If you don’t like cats, this film is not for you. But if you do, it’s a must. Hundreds of cats walk the streets of Istanbul. Kedi focuses on several of these cats and the people who feed them when they drop in. The camerawork is amazing.

Kiki (Sara Jordenö, director) Bursting with humanity, this is a film of fascinating personalities determined to be themselves, and proud of it. Yet another subculture I was only vaguely aware of.

Mr. Gaga: A True Story of Love and Dance (Tomer Heymann, director) I hadn’t heard of Ohad Naharin before seeing this film, but I definitley know about him now. His percussive choreography is incredibly exciting to see. He speaks eloquently in the film of his early life and how he came to be who he is. Mr. Gaga is powerful and often quite moving.

Obit (Vanessa Gould, director) This fascinating film profiles several obituary writers at the New York Times and examines how they do what they do. The process is laid out from start to finish. We saw Obit at Film Forum last April on its opening day. I’d seen it the week before at a press screening, but I knew that Nancy, being a writer and editor, would love it. The director and two of the subjects in the film, Bruce Weber and Jeff Roth, were there for a Q&A after. This always adds a lot to anything you’ve just seen, and that day was no exception. Bruce Weber is seen as he works throughout the day to finish an obit on time. Jeff Roth oversees the Times’ morgue where thousands of clippings and photographs are archived, ready to be accessed as necessary. Roth is a live-wire presence in the film, and just as entertaining in person. Something I found especially interesting is that when a celebrity dies unexpectedly, such as Michael Jackson, and an obit hasn’t already been prepared in advance, as it normally is for luminaries of a certain age, the obit reporters have to work against the clock to artfully write the summation of a person’s life in a matter of hours.

Quest (Jonathan Olshefski, director) We saw Quest last March at this year’s New Directors/New Films series and loved it. The director filmed the Rainey family in North Philadelphia over a ten-year period. The result is an intimate study of human beings through good times and bad. When we saw Quest, Jonathan Olshefski went on stage after the screening and asked the Raineys to join him. It turned out the entire family had been sitting directly in front of us. Considering the feeling the film generated for these people, this was quite a kick.

I couldn’t find a trailer or clips that give a sense of the film, but here is a review from Slant Magazine, followed by an interview with the director at the Sundance Film Festival and another interview in Filmmaker Magazine that tell how the film came to be. 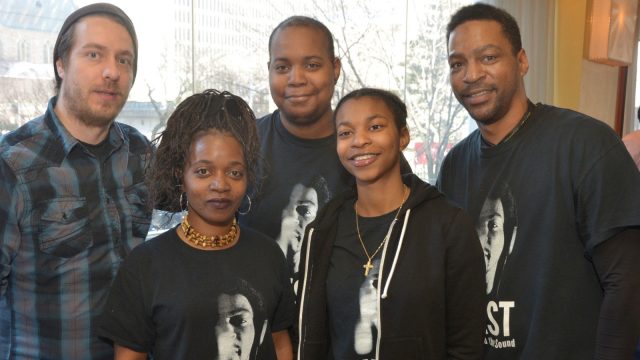 Restless Creature: Wendy Whelan (Linda Saffire & Adam Schlesinger, directors) Just as I hadn’t been aware of Mr. Gaga‘s Ohad Naharin, I also knew nothing about Wendy Whelan until I started seeing trailers for this film, despite the fact that she had been the prima ballerina for the New York City Ballet for decades. She’s truly inspiring as the film follows her through a surgery that could end her career and the challenges of transitioning from ballet to contemporary dance. As with some other films on this list, Restless Creature feels very intimate. Whelan is surprisingly open as she talks about her fears and anxieties. These are feelings we all experience to varying degrees. To hear someone who’s the best at what she does talking about this stuff brings us closer to her.

Risk (Laura Poitras, director) While not quite the tour de force that Citizenfour (2014) was, this is an extremely interesting and problematic look at Julien Assange, the wizard of Wikileaks. Assange is a strange figure, likeable and reptilian at the same time. Laura Poitras was granted an incredible degree of access, but her relationship with Assange  soured by the time production ended. The last I’d heard was that Assange had disavowed the version of the film that was released in theaters. A review from The Atlantic can be read here.

Who’s Gonna Love Me Now? (Barak Heymann & Tomer Heymann, directors) What links most of the films on this list is a strong sense of humanity. This film has that in abundance. The Heymann Brothers are excellent filmmakers, as their earlier film on this list, Mr. Gaga, will attest. Who’s Gonna Love Me Now? is a wonderful story of love, identity, and acceptance, but what really sets it apart is that the process of making the film influenced the outcome. If the Heymann brothers had not made this film, Saar Maoz’s story would not have gone the way it did. The title poses a question that engages us even before we know what it means in context. When we hear it asked in the film, it’s a punch to the heart.

Below are two trailers for the film. Even though there’s some overlap, I think they’re different enough to justify including them here.

David Lynch: The Art Life is available for streaming on Amazon Prime. Mr. Gaga: A True Story of Love and Dance and Who’s Gonna Love Me Now? are available on Netflix. Risk will be aired by Showtime beginning July 22nd. Abacas: Small Enough to Jail and Quest will be aired by PBS later this year on “Frontline”and “Independent Lens,” respectively, with dates yet to be announced. – Ted Hicks 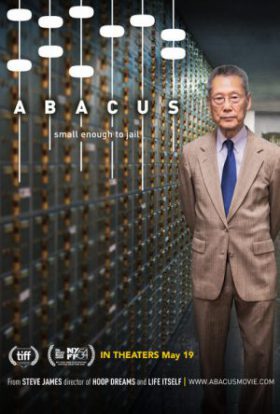 6 Responses to The Year So Far: Documentaries