The Supercharged Art of Walter Molino

Last week a friend of mine in Minneapolis, Mark Ryan, sent me a series of illustrations by Walter Molino, an Italian comics artist and illustrator. I’d never heard of this guy, but was totally blown away by his work. I’ve been able to find only the briefest biographical information about him. Walter Molino was born in 1915 and died in 1997 at age 82. He began working professionally as an illustrator and caricaturist in 1935 for a newspaper and two children’s magazines, followed by a satirical magazine and several comic strip series. In 1941 Molino became the chief cover illustrator for La Domenica del Corriere, an Italian weekly newspaper. His work for this paper supplies most of the incredible scenes in this post. One can only imagine the stories behind these images. Almost all of them depict life and death situations. They’re like freeze frames in the midst of extreme action. And they move. His style is kinetic and electric, vivid and cinematic. You can feel the energy. Many depict women and children at risk, fires, explosions, and calamitous crashes. He seems to have a thing about falling, usually from great heights. Norman Rockwell he’s not. I haven’t found any indication that Molino ever did film posters, but if not, he should have. 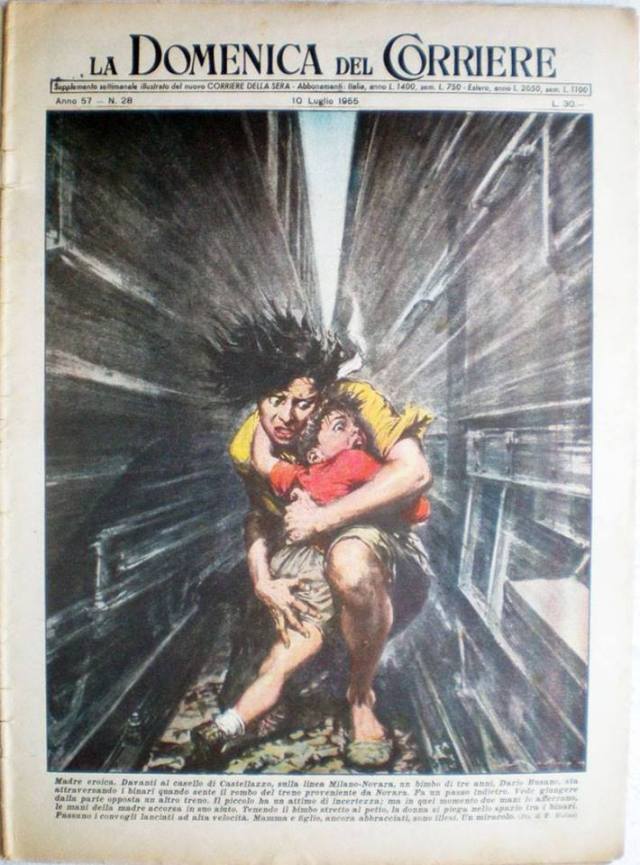 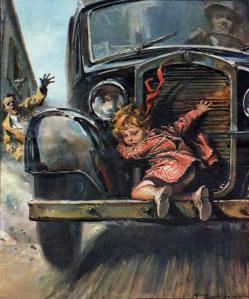 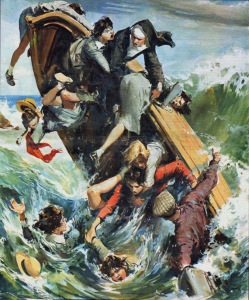 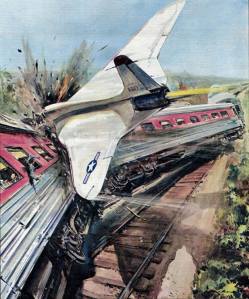 And whatever the hell this is. 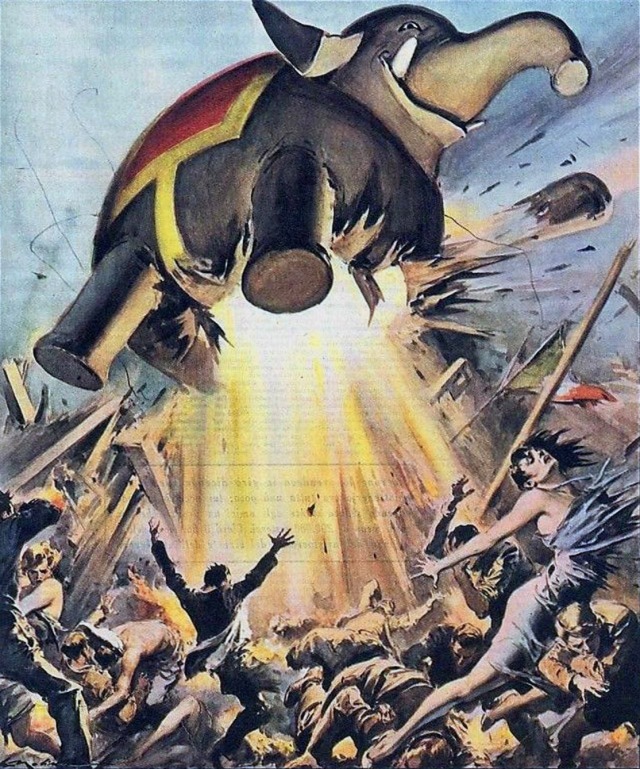 Okay, maybe he had some stuff to work out. In any event, this wasn’t his only subject matter. He occasionally took a break from mayhem and turned out works like the smoking satire below, and somewhat strangely, a portrait of JFK and Pope John XXIII from 1963 titled “The Peace Sowers.”

You can find many more examples of Molino’s amazing work online. – Ted Hicks

3 Responses to The Supercharged Art of Walter Molino