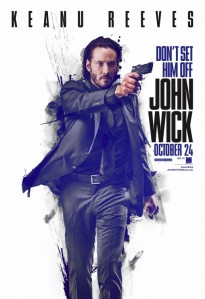 John Wick is an uncommonly good action film, a B-movie on steroids. It’s lean and mean, and gets the job done. I found it immensely satisfying from beginning to end, much the same way I felt during Guardians of the Galaxy and The Guest earlier this year. The basic format is familiar and predictable: a protagonist (almost always male) takes revenge on those who’ve done him wrong. There’s something hugely satisfying and wish-fulfilling about these kinds of films. We’ve seen this many times before in such films as The Big Heat (1953), Death Wish (1974), The Outlaw Josey Wales (1976), Rolling Thunder (1977), Kill Bill I & II (2003/2004), and Taken (2008), to name just a few.  The protagonists have to either acquire the skills necessary to achieve their goals, or they already possess those skills.

At the beginning of John Wick, the title character (played by a perfectly cast Keanu Reeves) has been retired for five years from his career as a professional killer for a Russian gang in New York City. Of course, in these films, we know that guys like this never really “retire.” Wick had fallen in love, gotten married, acquired a vintage ’69 Mustang, and moved to a split-level house in New Jersey with a lot of glass that lends itself nicely to a subsequent shootout. It’s unlikely that the Russians would have been willing to let Wick leave, since he was apparently the best they had at his job, by far. Usually in these scenarios, getting out is not even an option, but I was willing to go with it, perhaps because the head of the Russian mob, Viggo Tarasov, is played by Swedish actor Michael Nyqvist, from the original The Girl with the Dragon Tattoo (2009) and the two sequels. He brings an avuncular, unusually understanding dimension to a character type more frequently portrayed as a thuggish, sadistic sociopath (see Martin Csokas, for comparison, as “Teddy” in The Equalizer, a poor, but more common, example of this type of film that even Denzel Washington couldn’t save).

We learn very quickly that John’s wife has died from an illness, but not before 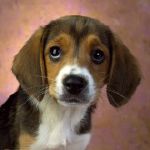 ordering a puppy to be delivered after her death so he won’t be alone. This might sound sappy, but it plays nicely — and in any event, it’s a necessary set-up for the plot, which shifts to the next gear when John is at a gas station. Iosef Tarasov, Viggo’s violent, privileged, nutjob son, pulls into the station and demands to know how much John wants for the Mustang. John says it’s not for sale, which doesn’t make Iosef happy. As we see later, just mentioning the name “John Wick” is enough to strike fear in the hearts of those who hear it, and give them pause. Iosef obviously doesn’t know who John is and probably wouldn’t care if he did. So he doesn’t think anything of breaking into John’s house that night with his companions, who savagely beat John with baseball bats and kick him in the head a few times. Then, annoyed by the barking puppy, Iosef takes a bat to the dog as well (this is not a spoiler since it’s in the trailer). This is all it takes to bring John out of retirement. Stealing his Mustang is bad enough, but killing his dog is way over the line for John (it was gift from his dead wife!), and basically justifies all the mayhem to follow. 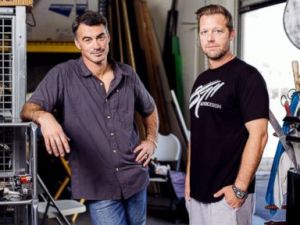 Someone once described John Woo’s Hong Kong gangster films as “maximum firepower at close range.” If you’ve seen Woo’s The Killer (1989), Bullet in the Head (1990), or Hard Boiled (1992), you know what this means. It‘s also an apt description of John Wick, which was co-directed by Chad Stahelski and David Leitch, two former stunt men and stunt coordinators. Stahelski was Keanu Reeves’ stunt double in The Matrix (1999) and martial arts stunt coordinator for the The Matrix Reloaded and The Matrix Revolutions  (2003). Their backgrounds and experience have served John Wick‘s action sequences well. There’s a clarity to the choreography of the fight scenes that reflects a level of filmmaking skill you might not expect from first-time directors. These scenes — involving gunplay and martial arts (called “gun-fu” by the directors) — are shot and edited so that we know what’s going on. They don’t use disorienting close-ups and quick cuts the way so many action films do, nor do they use shaky, handheld cameras.

Here are two examples that illustrate the film’s method and style. These clips should also tell you if this is a movie you’d want to see or not. The music is very effective here and throughout the film.

Of course, nobody could do this. It’s absurd, but the film follows its own logic, and it basically works if you get on the ride. Though no one would claim it has redeeming social value (not that it has to). Reeves’ performance is just right for this role, which is similar to many he’s played before, i.e. tightly wrapped and showing little outward emotion. Which serves to heighten the deadpan humor he brings to many of his line readings. His character here evokes Clint Eastwood in Sergio Leone’s A Fistful of Dollars (1964), Toshiro Mifune in Yojimbo (1961), Lee Marvin in Point Blank (1967), Brandon Lee in The Crow (1994), and the unrelenting drive of Arnold Schwarzenegger as the Terminator. Reeves’ John Wick may not be invincible, but he is unstoppable. He becomes increasingly tattered and beaten up as the film progresses. Which doesn’t prevent him from dispatching approximately 84 mostly nameless adversaries (this is the directors’ count, and I’ll take them at their word). 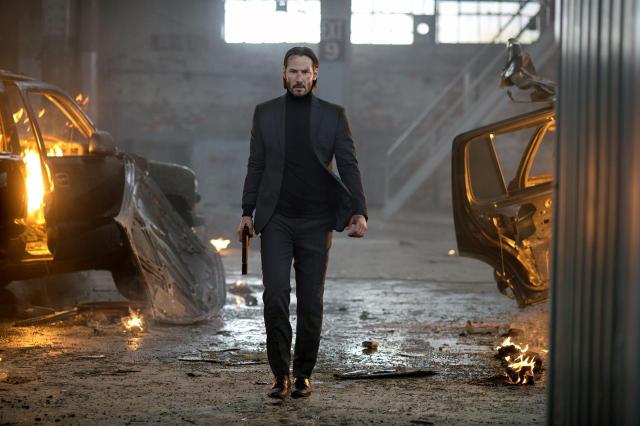 One of the pleasures of this film is the quality of the actors who round out the cast. Whether their parts are large or small, everyone knows what they’re doing. Willem Dafoe and John Leguizamo are standouts. Two of my favorite actors from HBO’s great series The Wire, Lance Reddick and Clarke Peters, are here. Reddick is especially effective — and funny — as the the manager of the Continental Hotel, where Wick resides when he comes from New Jersey to NYC to take care of business. The Continental, whose clientele is apparently made up entirely of professional killers, seems to occupy an alternate dimension of some kind, like something David Lynch would come up with. Other actors include Alfie Allen (Theon Greyjoy on HBO’s Game of Thrones) as Viggo’s mad dog son Iosef; David Patrick Kelly (The Warriors; 48 Hours) as the leader of a team of “cleaners” dispatched to remove the bloody evidence of John Wick’s dust-ups; Ian McShane (HBO’s Deadwood) as the owner of the Continental Hotel; and Dean Winters (from 30 Rock, as Tina Fey’s sometime boy friend, and currently in Allstate Insurance TV spots).

John Wick is an impressive debut feature from two new directors who clearly absorbed a great deal about filmmaking from their time on movie sets. They obviously knew what they wanted to do with this film and how to go about it. Something this assured makes me look forward to what they do next. If you like this genre, John Wick is a cut above, and a hell of a ride. – Ted Hicks

2 Responses to Headbanging with “John Wick”