Films During Lockdown – Highlights of What I’ve Seen, Part 1

We used to say that we “see” movies in a theater, but “watch” them on TV. The semantics of that difference are interesting to me. Though as more and more films have been viewed in recent years via streaming and video discs on flat screens in the home, I’m not sure it’s a valid distinction anymore. And since mid-March, when the coronavirus pandemic shut down movie theaters, seeing (or watching) films can only be done on television or computer screens, and even (shudder) your phone.

So until movie theaters reopen, I’ll continue seeing films on my laptop or our flat screen TV. As I’ve said before, nothing beats seeing them in a theater, but in the meantime, this will have to do. I saw 61 films between April 4 and May 23. Here are notes on a few of those, listed in the order I saw them. Part 2 will cover May 1 to May 23.

Unless otherwise specified, these films are all available from Amazon Prime. 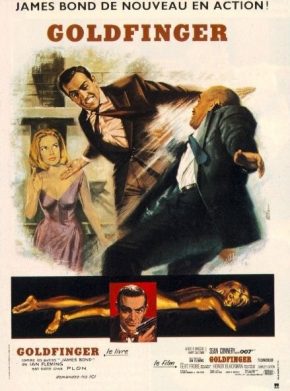 I’d only seen Quantum of Solace (Marc Forster, director) once before, when it was released in 2008. I felt badly let down by it, especially when compared to Daniel Craig’s initial appearance as James Bond two years before in Casino Royale (Martin Campbell, director). That film took Bond back to his beginnings and effectively reinvented the character for the new millennium. It was tough, gritty, and often brutal, with a physicality that had some heft to it. Quantum of Solace did not seem up to that level. For one thing, what the hell did the title mean? Also, Mathieu Amalric, an excellent French actor I always enjoy seeing, did not seem up to the larger-than-life level required of a Bond villain. He was too ordinary. Nonetheless, I decided to record it when I saw that HBO was showing the film a month or so ago. Since I’ve recently seen all the Bond films with Daniel Craig, including the so far unsurpassed Skyfall, I thought this was a good opportunity to take another run at Quantum of Solace. It was much better this time than I’d remembered. I’m not sure why, exactly, but maybe I want everything I see during this plague year to be good, which makes me feel more generous. Movies don’t change, but our responses often do.

Since I was in the mood, over the next two days I checked out some classic Connery Bond. I’d always felt that From Russia with Love (directed by Terence Young, 1963) was the best Bond film, the most realistic. Then Goldfinger (Guy Hamilton, 1964) set the template for what was to come. So I was surprised to find that, with the exception of the fight on the train, From Russia with Love didn’t seem very good at all. And oddly enough, Goldfinger, which I hadn’t much cared for the last time I saw it, now seemed a lot better. Weird.

Sean Connery’s fight with Robert Shaw on the train in From Russia with Love is still great — dimly lit, violent and claustrophobic. You can feel the punches. An interesting aspect of the fight is that it plays without any music whatsoever. This was much more effective than having a bombastic score laid over it. In Spectre (2015), Daniel Craig has a brutal slugfest with Dave Bautista on a train that pays homage to the From Russia with Love fight. It also doesn’t have music, except near the end.

I’d been dipping in an out of Scott Eyman’s biography of John Wayne and thought I’d revisit The Alamo (1960) and The Shootist (1976). The Alamo, directed without much distinction by Wayne is overlong, overblown, and over the top, but it’s not terrible. Lawrence Harvey as William Travis and Richard Widmark as Jim Bowie bring some style to their roles. John Wayne brings John Wayne to his role as Davy Crockett. The Shootist was directed by Don Siegel, who might seem an unlikely choice for a John Wayne movie. But it’s a good film, probably made more interesting by the fact that it was Wayne’s final film, and that he had cancer, as did his character in the movie. This provided a somewhat ghoulish meta-level to the proceedings.

The Harder They Fall (1956) is a film I hadn’t seen before. I knew Humphrey Bogart was in it, but that’s about all. Directed by Mark Robson, this was Bogart’s last film role. Like John Wayne, he was dying of cancer, but his performance as a sportswriter who gets caught up in the dirty end of the prize fight business is as strong as anything I’ve seen him give. The boxing scenes are quite brutal. 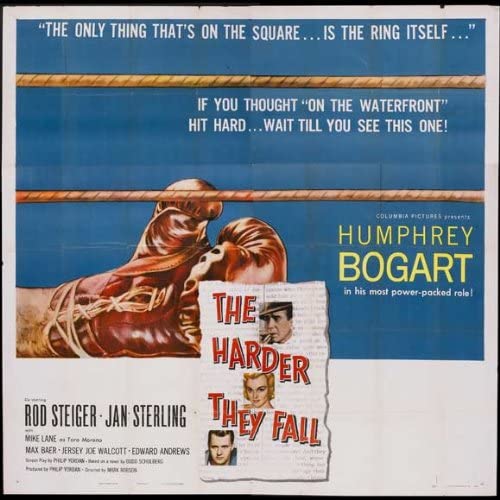 Next up was a Mel Gibson triple feature. I’d basically written him off, but his performances in these films go a long way in changing my mind. Get the Gringo (2012), directed and co-written by Adrian Grunberg, has a kind of twisty Elmore Leonard/Coen Bros. vibe. In Blood Father (2016), directed by Jean-Francois Richet, Gibson is a father determined to rescue his daughter from drug dealers. The best of the lot is Dragged Across Concrete (2018), written and directed by S. Craig Zahler. The film definitely lives up to its title. Anyone familiar with Zahler’s work knows that he plays for keeps. A very, very tough movie.

Blood Father is on Netflix. 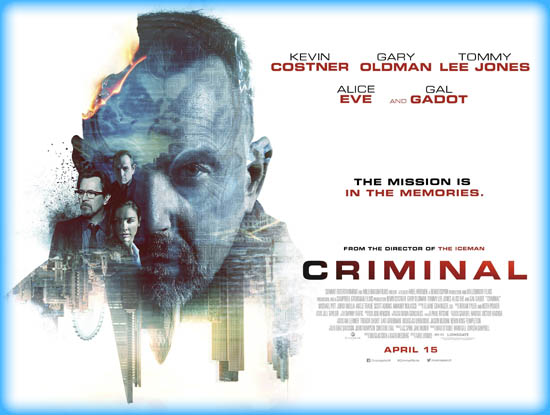 Criminal (2016, directed by Ariel Vroman). This film isn’t really about anything, but I found it quite engaging. It’s interesting seeing Kevin Costner play a character like this. His transgressive behavior is both appalling and liberating at the same time. Of course, he ends up being a good guy. The film has a good cast, including Gal Gadot the year before she broke big in Wonder Woman.

And now, a genuine classic, All About Eve (1950, written & directed by Joseph L. Mankiewicz. Top notch in every way. Terrific dialogue and a definitive performance by Bette Davis. And once again, the great Thelma Ritter shines.

I hadn’t seen Public Enemies since it was first released in 2009. Michael Mann, who directed and co-wrote, is one of my favorite directors. I think of him in the same league as David Fincher and Ridley Scott, all very serious guys.

I guess I wasn’t done with John Wayne, because I decided to see Rio Bravo again. Directed by Howard Hawks in 1959, I liked it a lot better this time. Lots of reappraisals happening in lockdown. Would have been nice to read the comic book, too, but you can’t have everything. 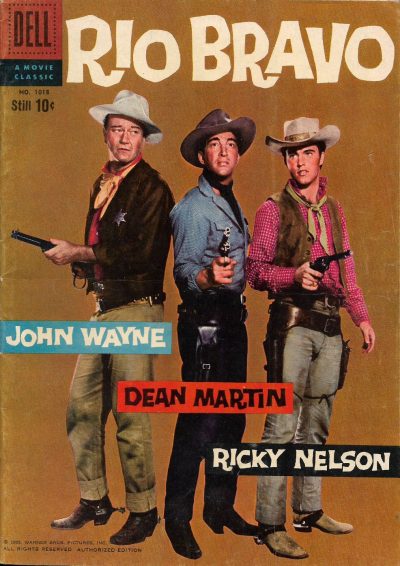 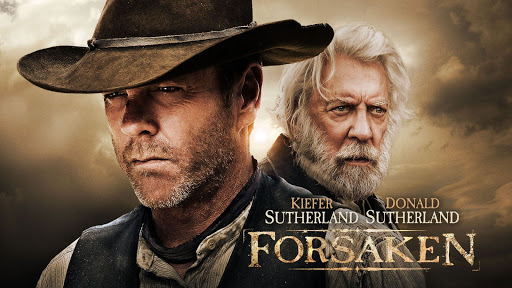 I’d seen Forsaken (2015) twice before and liked it a lot. It has the well-worn premise of a gunfighter determined to hang up his guns for good. It’s inevitable that by the end he’ll be forced to pick them up again. Nothing new, but it’s all in the telling, and Forsaken, directed by Jon Cassar, does it well. Cassar had directed Kiefer Sutherland, who plays the gunfighter, in the TV series 24, so they were used to each other. Donald Sutherland plays his father, a preacher angry with his son for the life he chose. This was the first time they’d been in a film together. It’s hard not to wonder if some real-life tensions were being worked out on screen. For me, seeing it is a very satisfying experience. The ending isn’t quite what you’d expect from this type of  story. Michael Wincott stands out as a gentleman gunfighter for the other side. 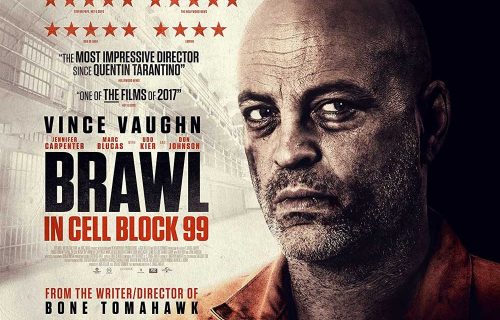 Another film written and directed by S. Craig Zahler. I’d resisted seeing this in theaters because the first film of his I’d seen, Bone Tomahawk (2015), freaked me out so much I was afraid to see what he might do next. That film has some of the most frightening images, one in particular, that I’ve ever seen on the screen. I’m reluctant to see it again, though part of me very much wants to. Brawl in Cell Block 99 is a tough movie, too, if not quite as extreme. Vince Vaughn fullty inhabits his character to an impressive degree in a go-for-broke performance. I was surprised, just now when I double-checked Zahler’s credits, to find that he’s made only three features so far. He’s a major talent, though a very scary one.

For the record, here’s the rest of I saw from April 1 to April 30, listed in the order I saw them. As previously noted, unless otherwise specified, these titles are all available from Amazon Prime.

Stay tuned for Part 2, which will continue with films watched from May 1 to May 23. Be safe. — Ted Hicks

4 Responses to Films During Lockdown – Highlights of What I’ve Seen, Part 1