Seeing Movies in These Crazy Times: Pt. 2 – New Films to Stream + One Classic

All movie theaters and film programs in New York City were shut down by March 15. At that time, quite a few new films had their theatrical runs cut short. A number of these films have since been made available for streaming, most with a three or five day rental fee of $12 (this varies), which benefits the theaters. There are probably more films available than what I list in this post, but these are the ones I know about.

The following titles can be rented at the Film Forum website. I’ve seen them all and they’re excellent. A Chinese film, The Wild Goose Lake (Yi’Nan Dia, director) and Luchino Visconti’s final film, L’Innocente (1976), are also available at this site.

Sorry We Missed You (Ken Loach, director)  This is a great film, one of Loach’s best.

The following film can be rented for streaming from Magnolia Pictures. I wanted to see this while it was playing at the IFC Center, but didn’t make it in time.

Once Were Brothers: Robbie Robertson and the Band (David Roher, director & writer)

The following film can be streamed on Hulu. If you don’t subscribe to Hulu, they have a free trial period.

Portrait of a Lady on Fire (Céline Sciamma, director & writer)  I don’t think this was still in theaters here, but it’s an excellent film and should be seen.

These two films can be streamed from Amazon Prime for a two-day rental charge of $19.95 each. A bit pricey, but there it is.

As far as I know, there are no plans to stream the following film at this time. A24, the distributor, will be re-releasing it in theaters at a later date. But it’s so good, I want you to have it on your radar in case it becomes available sooner.

Finally, last night I watched a film on Amazon Prime I’d only seen once before, years ago — William Wyler’s riveting Detective Story (1951), based on the hit Broadway play by Sidney Kingsley. Shot in crisp black and white,  the film is set almost entirely in a New York police station over the course of one day, but there’s nothing static or stagey about it at all. Kirk Douglas stars in a truly powerful performance as Detective Jim McLeod, a cop obsessed with a strict definition of the law, where everything is either right or wrong, with no gray areas to cloud the issue. The entire cast is excellent, including Eleanor Parker is his wife Mary, William Bendix as his partner, Detective Lou Brody, as well as Lee Grant in her feature film debut as a shoplifter, and Joseph Wiseman as a criminal given to impressively hysterical outbursts. Wiseman would later appear as the title character in the first James Bond movie, Dr. No (1962). I’m trying to up my game with films I’m watching, and this was a good start.

That’s all for now. I’m not sure what’s next for this blog, but with movie theaters closed, this is a good opportunity to work on the extensive backlog of subjects I’ve accumulated. Stay tuned.

Be safe and remember to keep your distance! — Ted Hicks 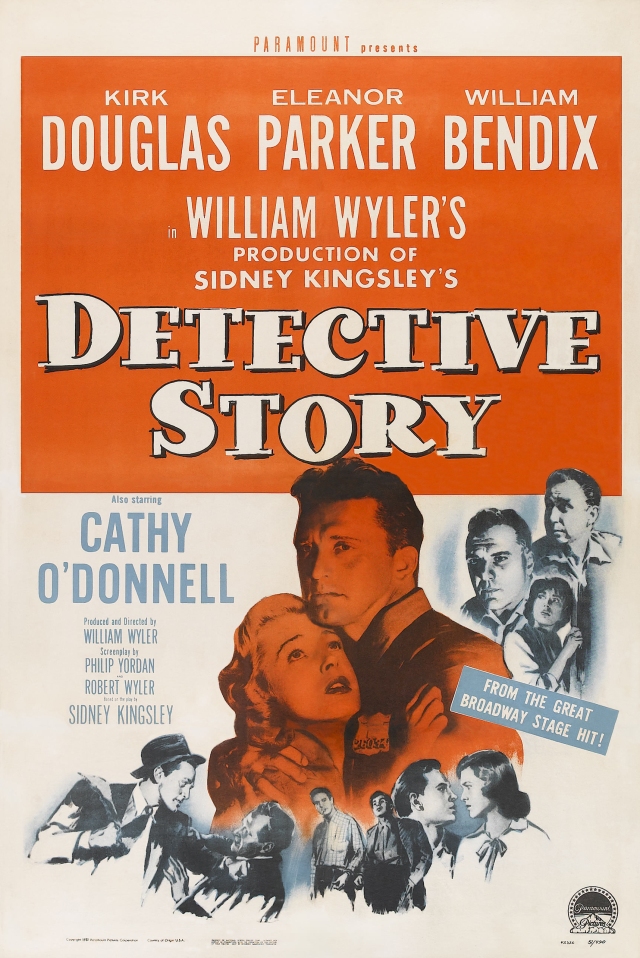 3 Responses to Seeing Movies in These Crazy Times: Pt. 2 – New Films to Stream + One Classic