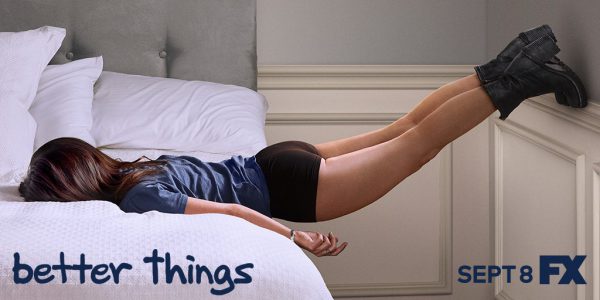 Someone asked why I hadn’t included Better Things (FX) with my list of best TV & cable shows of 2017. Simple answer: I forgot! I shouldn’t have, because this is a terrific series. We didn’t start watching until the final episode of the first season, which hooked us for the second season. It’s funny in a very deadpan way, but the emotions are authentic and moving. Pamela Adlon stars as Sam Fox, a single mother raising three daughters in Los Angeles. Better Things was created by Adlon and Louis C.K. The series received a Peabody Award in April 2017, which stated “…the result of this searingly funny and beautiful show is an at-times raw examination of the vicissitudes of working motherhood, crackling with feminist verve and energy, that consistently cuts new ground.” (Since admitting last fall that sexual misconduct allegations against him were true, Louis C.K. is no longer involved with the show. In the meantime, FX has renewed Better Things for a third season.)

For those who want to go a little deeper, here is a selection of interviews and articles concerning many of the titles from my Best TV & Cable post for 2017. — Ted Hicks

Homeland (Showtime) The following clip is from the first episode of season 5. I just found it yesterday and was struck by how sharp and focused the show can be. Plus it has my favorite character in the spotlight, Peter Quinn (played by Rupert Friend).

Mindhunter (Netflix) Here is an audio interview with David Fincher, followed by a link to an article about the series in Rolling Stone.

The Rolling Stone article can be accessed here.

A Rolling Stone article on Twin Peaks: The Return can be accessed here.

An article concerning David Lynch’s approach to violence can be accessed here.

The Wizard of Lies (HBO) 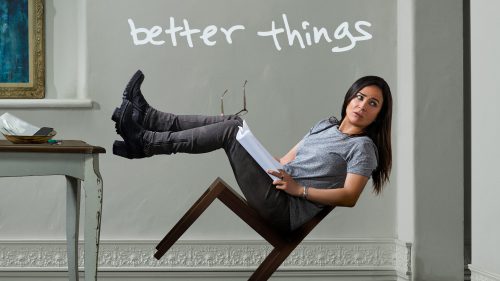